From vibrant cities to beautiful beaches, tapas tastings & incredible architecture, we’ve got the best places to visit in Spain to help you plan your trip.

Spain is a multi-layered tapestry of North African, Iberian and Mediterranean ideals, interwoven through shared architecture, culture, history and cuisine. Due to this, Spain has long been at the top of most visited countries in Europe and it is easy to see why. Must-see sights pepper across the Iberian peninsular and out beyond to the many Spanish islands, choosing the best places to visit in Spain is an unenviable task, yet we are here to help.

From its famous northern Basque and Catalonia regions, passing through its central and capital city, right to down the Gabiriter straights – Spain is a mosaic of life. So whether you seek sun and sea, classic Spanish food and culture, history, island life, or a satisfying mix of them all – there is a Spanish destination for you! (And it’s perfect for solo travel!) 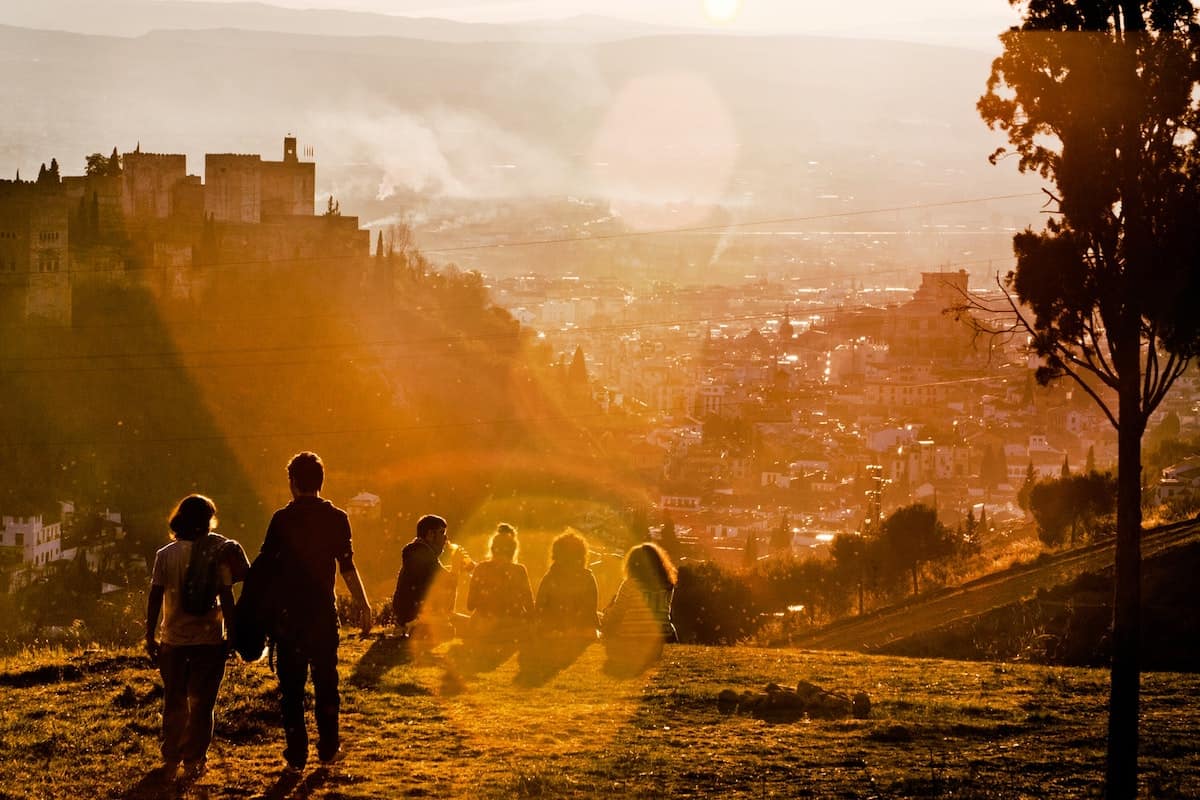 Disclaimer: Almost all posts on this site contain Affiliate links, and this one about 15+ BEST Places to Visit in Spain (the Perfect Spain Bucket List) is no different. This means that if you click on any of the links in this post (and make a purchase) I may receive a small commission at absolutely no cost to you. Each post is carefully crafted to (hopefully!) answer all your questions and recommendations are made where we believe they will improve your trip and help with your planning. As such we thank you in advance should you decide to click & buy. Read my full Disclosure here.

Map of the Best Places to Visit in Spain 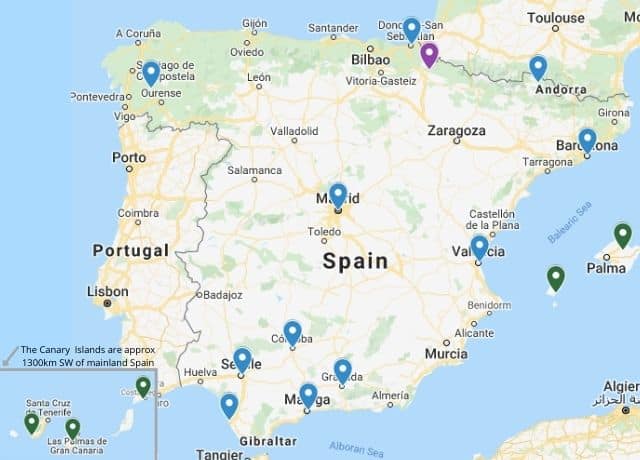 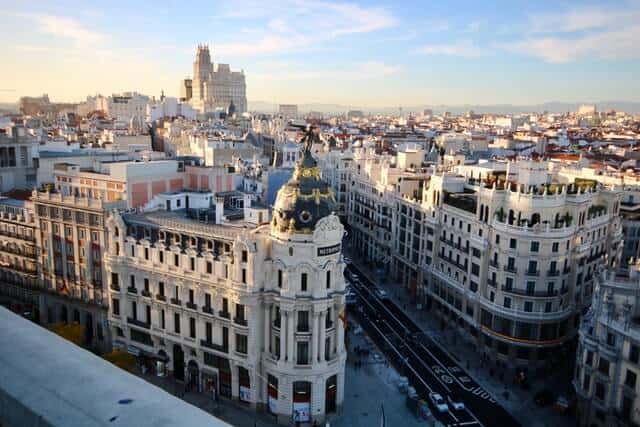 Located in Spain’s geographical center, the country’s capital Madrid is unmissable on a list of best places to visit in Spain. Home to some of Europe’s most prestigious museums and art galleries, Madrid is one of the best places in Spain for lovers of art and culture. Alongside this, its royal history and modern capital city status make is a hive of social activity, especially its booming nightlife scene.

Things to do in Madrid: 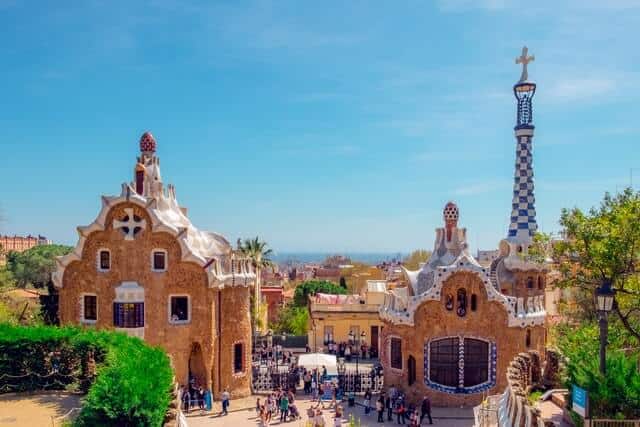 Spain’s second city, Barcelona is one of the foreign visitor’s favorite places to visit in the entire country. Known for its stunning gothic and modern architecture, famous successful football team, and proud Catalan culture, Barcelona is a step away from a conventional Spanish identity. Set on one of Spain’s most easterly points, Barcelona looks out onto the stunning Mediterranean waters and basks in that coastal city glow and there are plenty of attractions in Barcelona to keep you occupied while you’re there.

Things to do in Barcelona 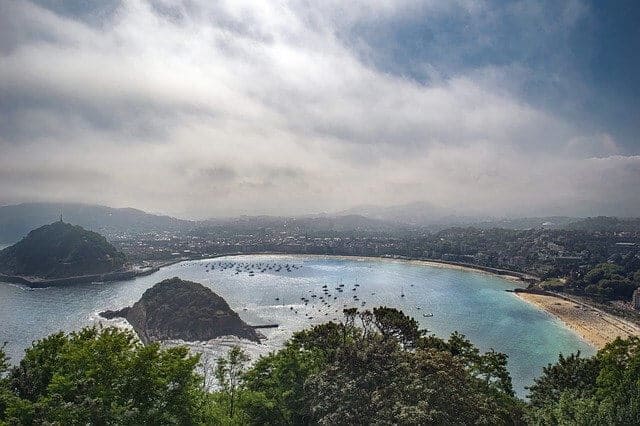 Nestled on Spain’s northern Bay of Biscay coast, close to the French border is the Basque city of San Sebastian. Being the capital of this region, the Basque elements of the city culturally set it apart from the rest of Spain, offering a different insight into the country as a whole. Food and especially Basque cuisine are what really shines here, and as the Basque region of Northern Spain boasts the highest concentration of Michelin-starred restaurants in the world, they must be doing something right. Not to mention it is one of the most beautiful places to visit in Spain.

Things to do in San Sebastian 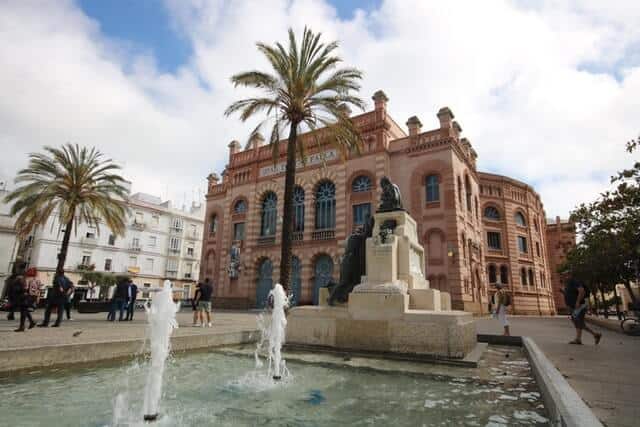 Located on Spain’s southern coast Cadiz is the perfect blend of European Spain and Moorish North African past. Historically Cadiz acted as a strong military outpost on Spain’s southern coast and this unassuming port city brims with history, coastal beauty and Spanish multiculturalism. Its maritime significance is seen intensely through its delicious seafood cuisine, being one of the best places in Spain to sample Spanish seafood cooking.

Things to do in Cadiz 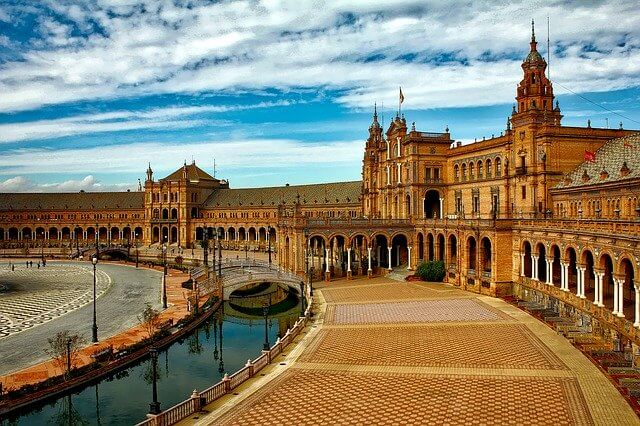 Another of Spain’s most iconic cities, Seville takes the title of being of the largest city in Spain’s Andalusia. Seville is one of the country’s most visited cities and with its long cultural history, its numerous UNESCO World Heritage sites and architectural beauty, it is easy to see why. Three of the most iconic Spanish institutions are also seen as Sevillian; Flamenco, tapas and toros – all of which you can enjoy in the city.

Things to do in Seville Spain 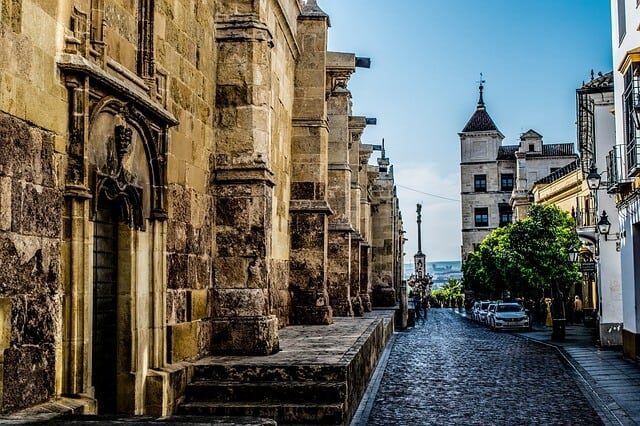 Not far from the city of Seville is the city of Cordoba. Also known for its strong Moorish and North African connections, Cordoba is one of the best places to view Spain’s previous Islamic ties. Capital of the Islamic Iberian Caliphate the city of Cordoba was once the largest city in the world at the time – this status runs like lifeblood through the city and its legacy is tangible.

Things to do in Cordoba

RELATED – Have a read of our Spain Travel Guide – it’s got all the top Spain Travel Tips to know before you go! 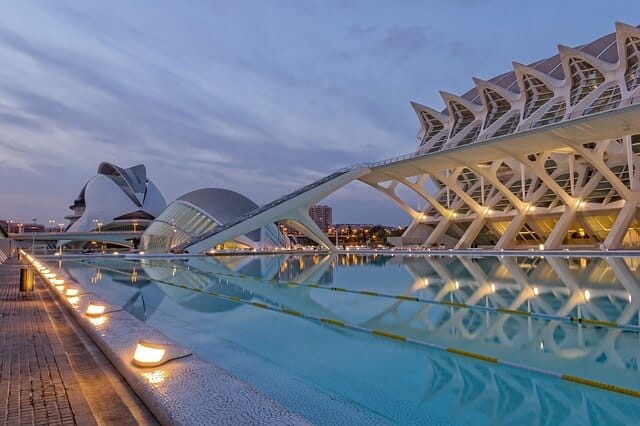 The third-largest city in Spain, Valencia is another of the country’s hotspots for visitors and tourism. Valencia is the perfect blend of beautiful Mediterranean beaches, idyllic old-quarter buildings and a vibrant nightlife. The city is also the birthplace of another internationally known Spanish culinary export – paella!

Best things to do in Valencia 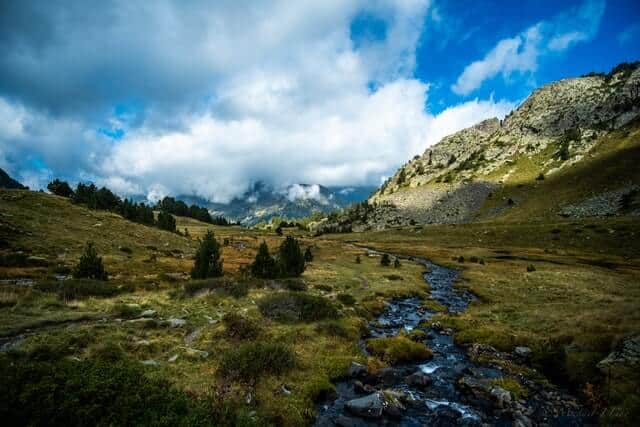 The mountainous region of the Pyrenees stretches across Spain’s northern border with France and Andorra. A land of extreme natural beauty, the Pyrenees is frequented by those who love to indulge in mountain pastimes such as skiing and hiking but also those who simply love quaint mountain villages. A visit to the Pyrenees can combine the great outdoors with a taste of mountain culture.

Things to do in the Pyrenees 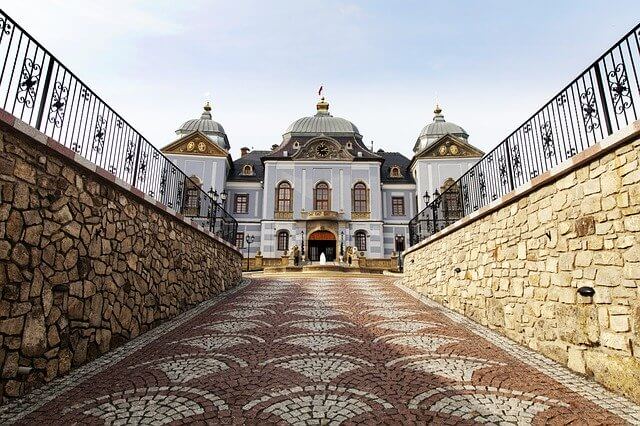 Located on Spain’s northwestern-most edges, Galicia landscapes and history have more in kin with the likes of Ireland than the heady Spanish culture of the rest of Spain. The lush green meadows and rugged cliffs are a gentle escape from the stereotypical dry and hot Spanish picture. Its strong Gaelic links go as far back as the Roman empire – who’s people thought Galicia was the edge of the world.

Things to see in Galicia 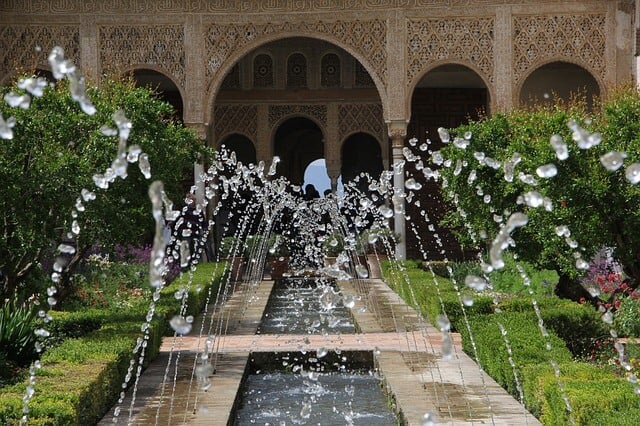 Granada is one of the most famous cities in southern Spain’s Andalusia region. Home to the impressive Alhambra Palace (the beautiful Moorish Palace, part of which is pictured above) in the foothills of the Sierra Nevada mountains. The Alhambra alone makes it a premier destination in Spain, but there is plenty to do in the surrounding area too.

Things to do in Granada 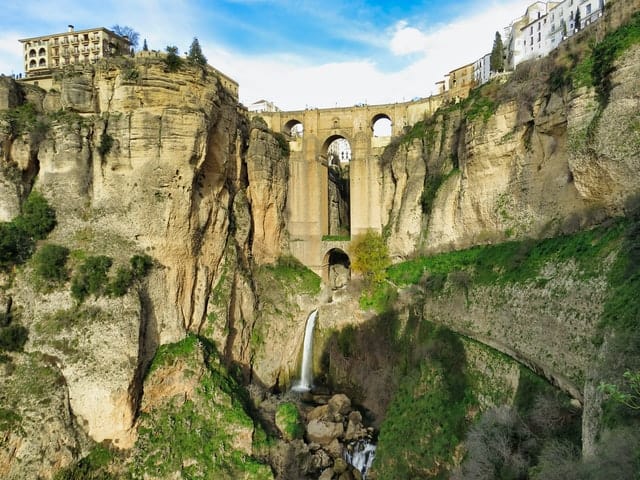 The Spanish City of Malaga has been a firm favorite with UK holidaymakers for years, and with a range of things to do, excellent day trip options and beautiful beaches, it’s not hard to see why. (Read our full guide to Malaga here for more)

Things to do in Malaga

Best Places to Visit in Spain: The Islands 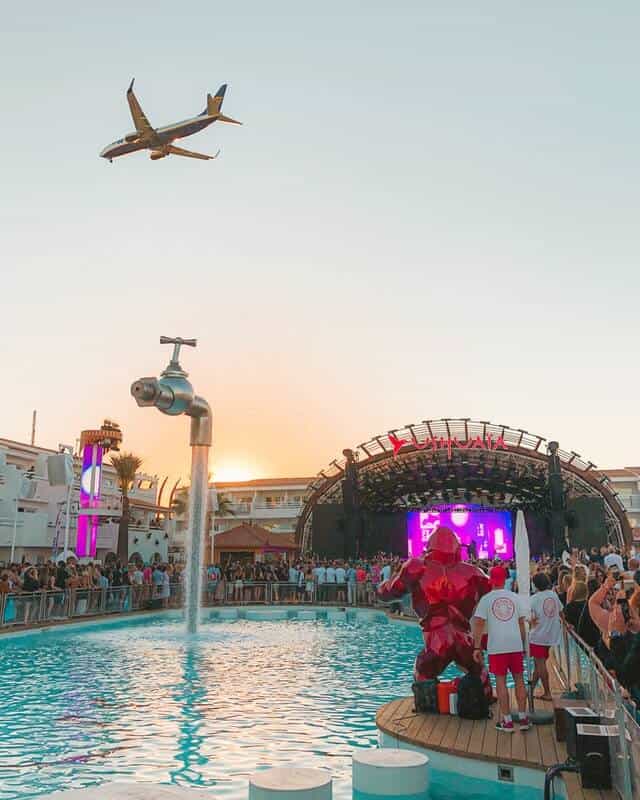 Made famous by its clubland and party island reputation, this Balearic island in the Mediterranean sea has begun to show its versatility in modern times and has proven that has more to offer than hedonistic parties. Along with the party vibes, Ibiza is a landscape of overwhelming natural beauty, quaint fishing villages and more recently has become the epicentre for yoga classes and teachings.

Things to see in Ibiza 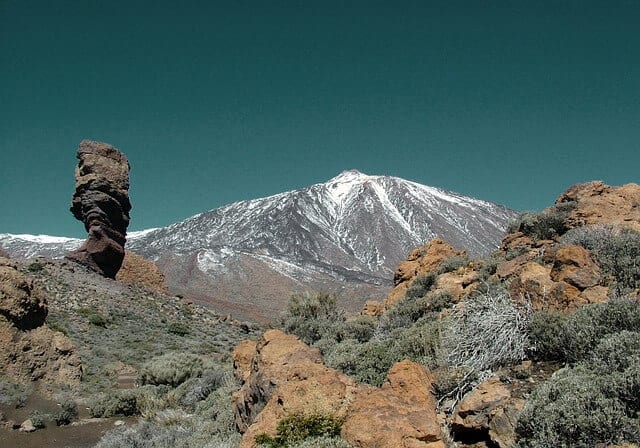 The Canary Islands, located approximately 1300km South West of the Spanish mainland, and 108km off the coast of Africa, are made up of Gran Canaria, Fuerteventura, Lanzarote, Tenerife, La Palma, La Gomera, and Ferro. It is the first 4 of these that are the most popular tourist islands, with each offering something slightly different.

Things to do in the Canary Islands 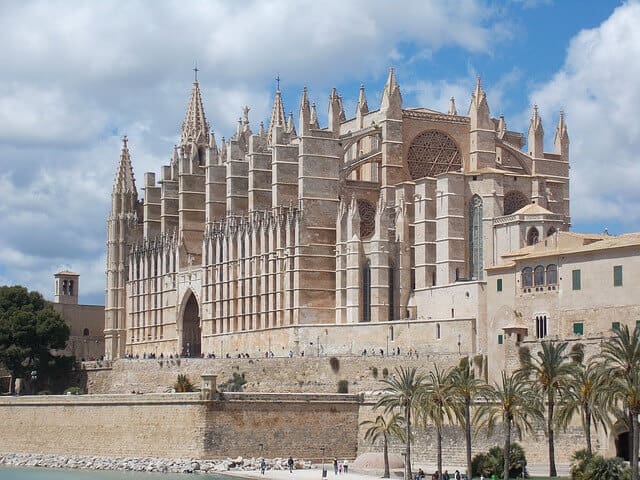 Palma de Mallorca is a resort city and capital of the Balaeric island of Mallorca (Majorca). The massive Santa María cathedral (pictured above) is one of the top tourist attractions on the Island and a Gothic landmark whose construction began in the 13th century. It majestically overlooks the Bay of Palma ad lies adjacent to the Almudaina, a Moorish-style Arab fortress converted to a royal residence. Take in this culturally rich capital as you wander the streets of the casco antiguo (old town) and enjoy the squares, medieval architecture before heading to the wide-open promenade which stretches 10 miles to Portixol (little port) with it’s super cute marina.

Things to do in Palma

And that’s a wrap folks, we hope this guide to 15+ BEST Places to Visit in Spain has been a huge help planning your trip to Spain.

If you know of anyone else that needs a little bit of inspiration for visiting Spain or assistance in planning their Spain vacation (or even how to explore the country while they are there!), please be sure to share this post on social media: Facebook, Flipboard, Twitter or grab one of the images from below for Pinterest. And remember – sharing is charing (and we thank you in advance!) 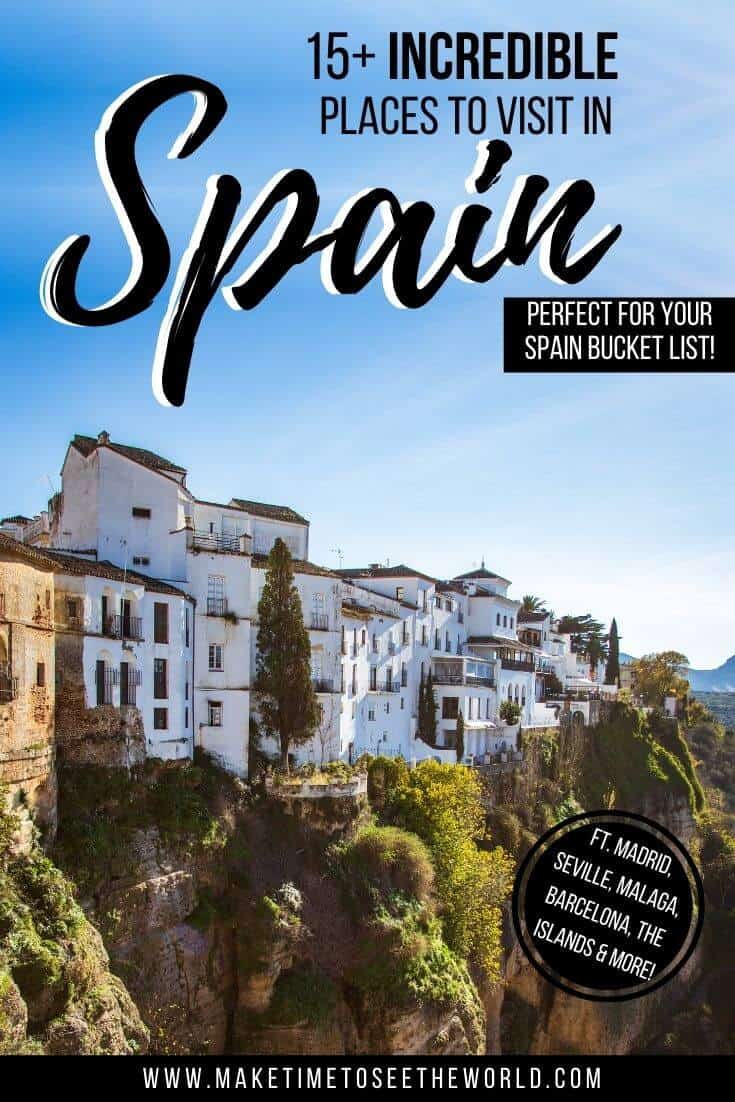 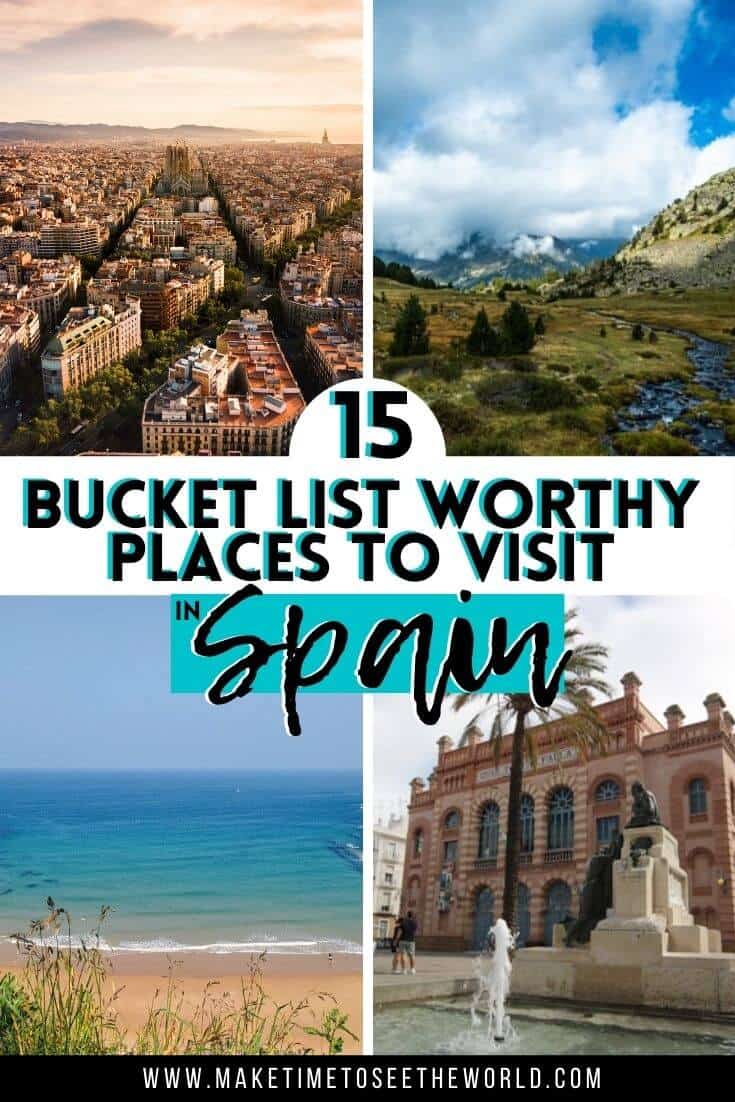 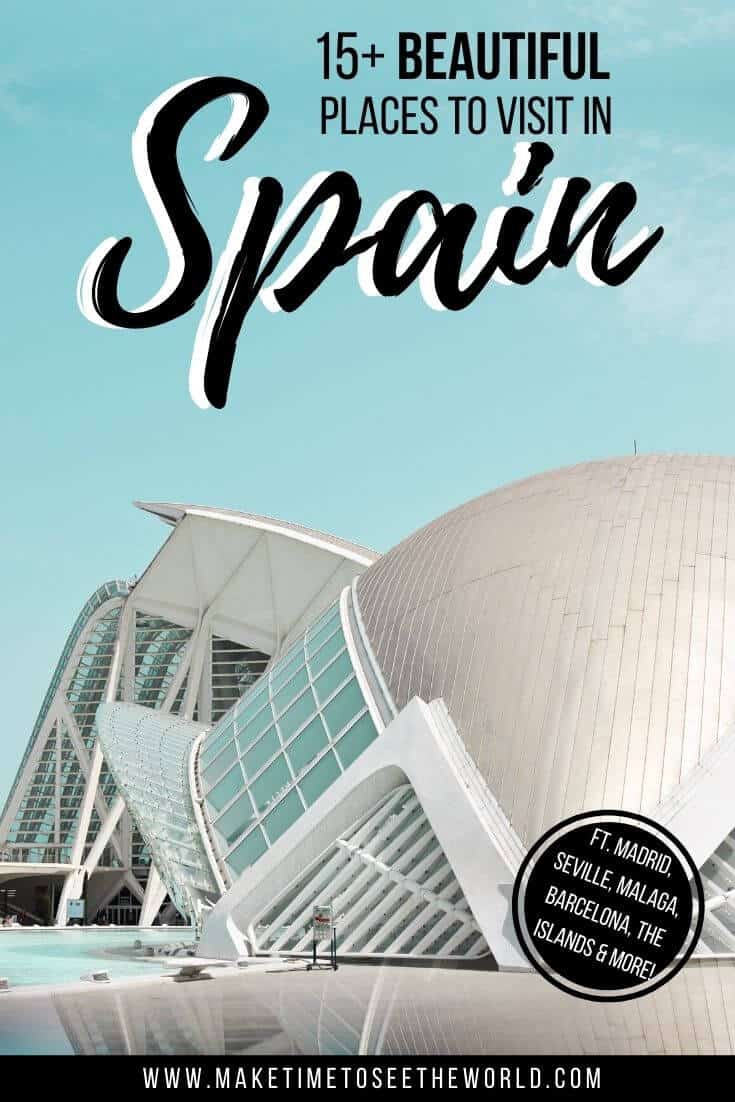 Hi There! Thanks for reading our guide to the most 15+ BEST Places to Visit in Spain (inc Spain Map + Things to do) I just wanted to let you know that this post contains affiliate links, which means if you purchase something after clicking a link, I may get a small commission – which is at absolutely no cost to you. If you enjoyed this article and are going to be searching for some of the things I mention anyway, I would love it if you could click through from the links above & thank you in advance! Read my full Disclosure here.
And a huge Thank You for reading the MakeTimeToSeeTheWorld travel blog.