Budapest. The ultimate in a tale of two cities: made up of Buda and Pest they are separated by the Danube River to become two contrasting sides of the same coin. Buda is the hilly, historic side of town and home to the castle; Pest is flat and sprawling and home to many of Budapest’s Highlights.  Each side offers something unique for visitors to Hungary’s capital and largest city – and I’m here to provide you with the ultimate guide for your weekend city break! Keep reading for the best way to spend 48 hours in Budapest Including my Top 10 Things To Do, Where to Stay and Where to Eat – all you need to do now is decide when you are going! 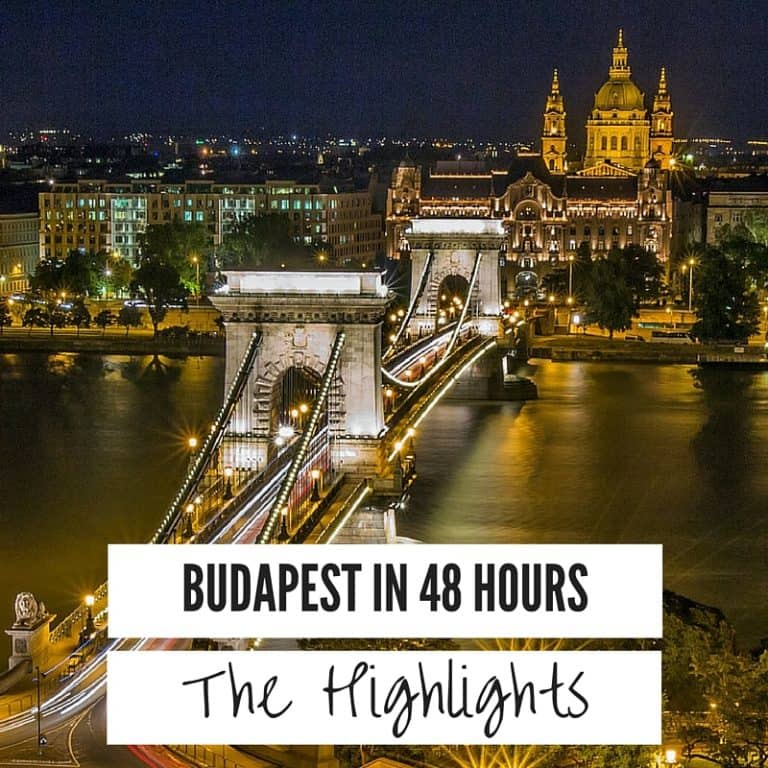 RELATED: This is the fifth stop on my ‘Europe By Rail in 25 Days‘ Tour. Click the link to find out all about it!

48 Hours in Budapest: things to do, where to stay and where to eat

So you’ve got a weekend (or more!) in Budapest and want to know what to what to see, where to stay and where to eat, well look no further! As a seasoned weekend traveler – and adept at packing a lot into a short space of time, let me first take you on a tour of my highlights of this amazing city including where to stay, top things to do and where to eat for your 3 days in Budapest!

RELATED: Want to read about other cities you can hit in 48 hours – and the other stops on this Eurotrip? Read my posts on Amsterdam, Berlin, Prague & Krakow to get you started! 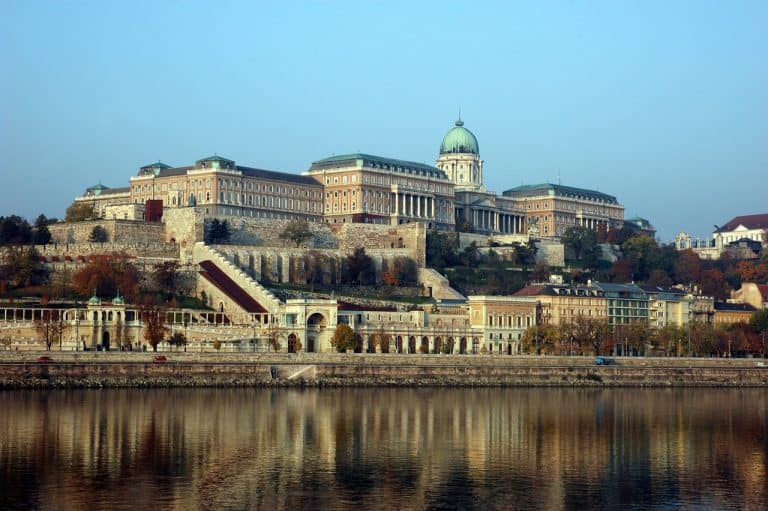 Dating back to the 12th Century, it is also known as the Royal Palace or the Royal Castle – and is a beautiful building sitting overlooking both the Parliament and the rest of the Pest side of the city. As well as offering panoramic views itself, it is also home to Fisherman’s Bastion and boasts a funicular railway for those attempting to reach the castle from the Chain Bridge. 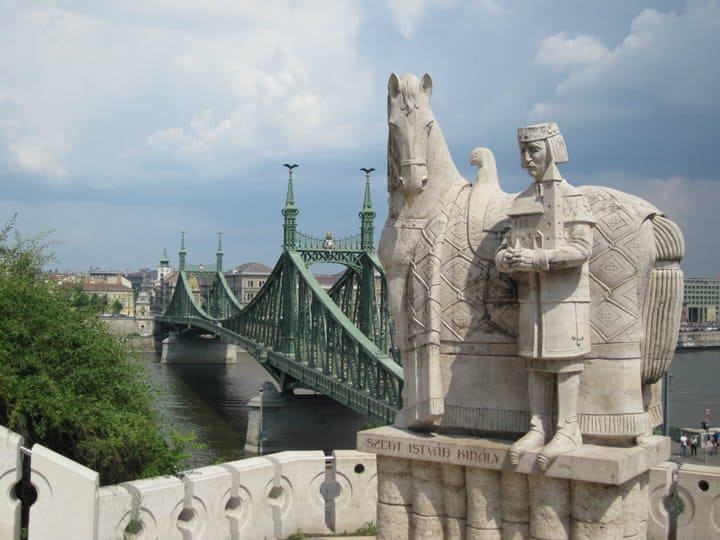 Just a short (but uphill climb) from Budapest Castle is the Liberty Monument (affectionately known as the ‘Bottle Opener’ by locals) and below that the Liberty Bridge – the third and shortest bridge in Budapest. We found these places by accident on our way to the castle and offer some unique photo opportunities up close. 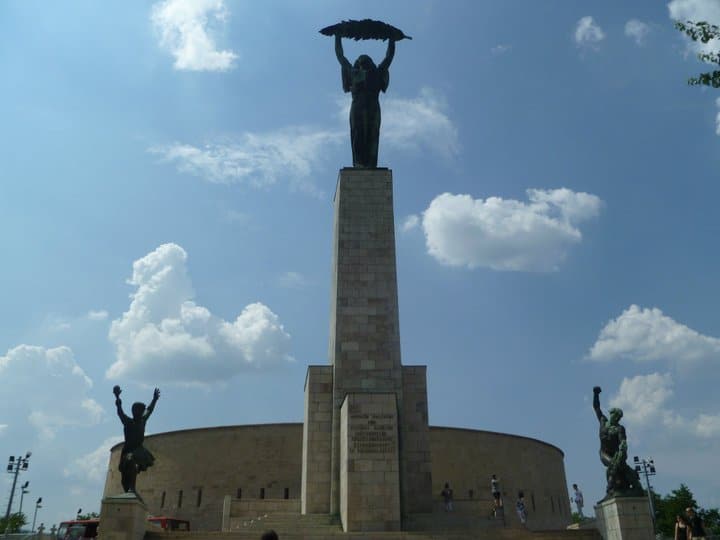 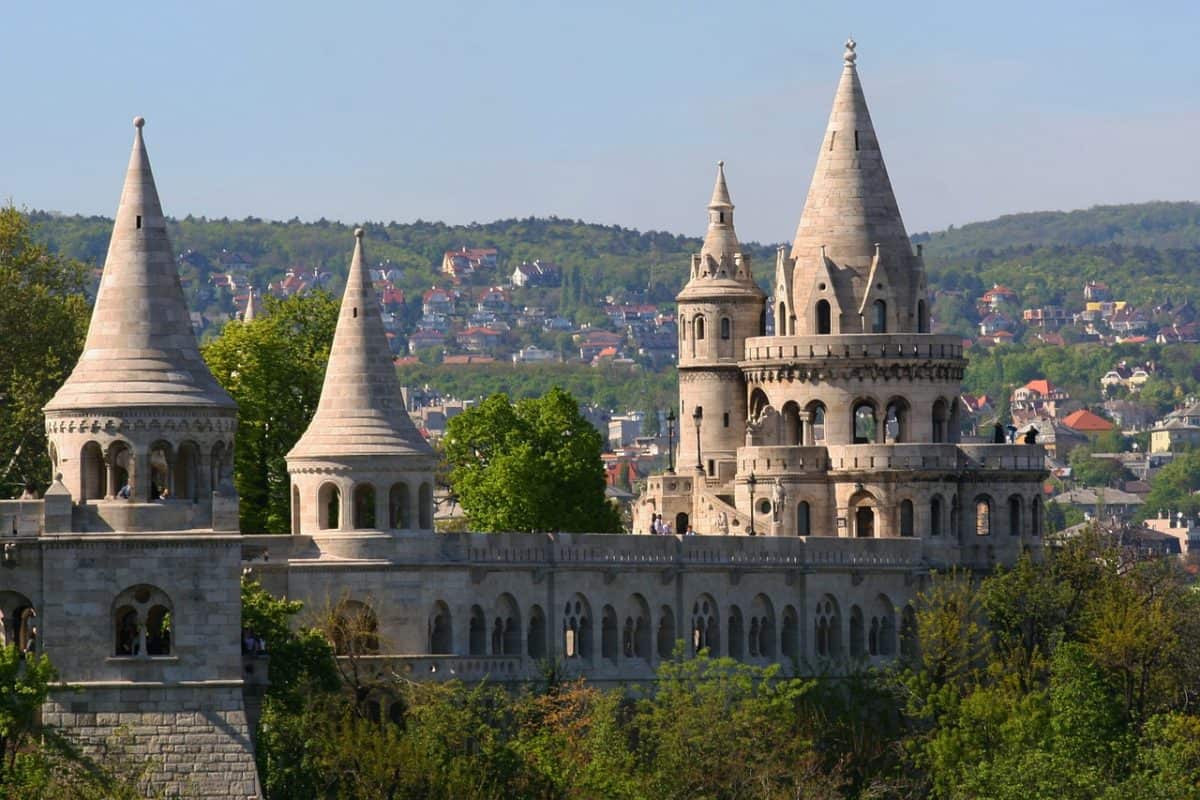 Situated on Castle Hill, Fisherman’s Bastion is the perfect viewing place for panoramic shots of the city, and is framed by fairy tale lookout towers. 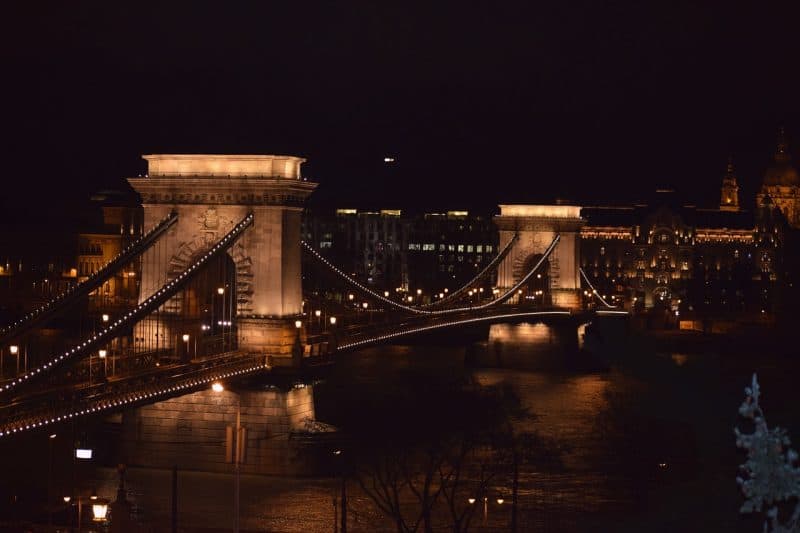 The main bridge that spans Buda and Pest, it is a Hungarian icon, and the first permanent bridge between the 2 cities. No visit to Budapest would be complete without walking across this bridge! 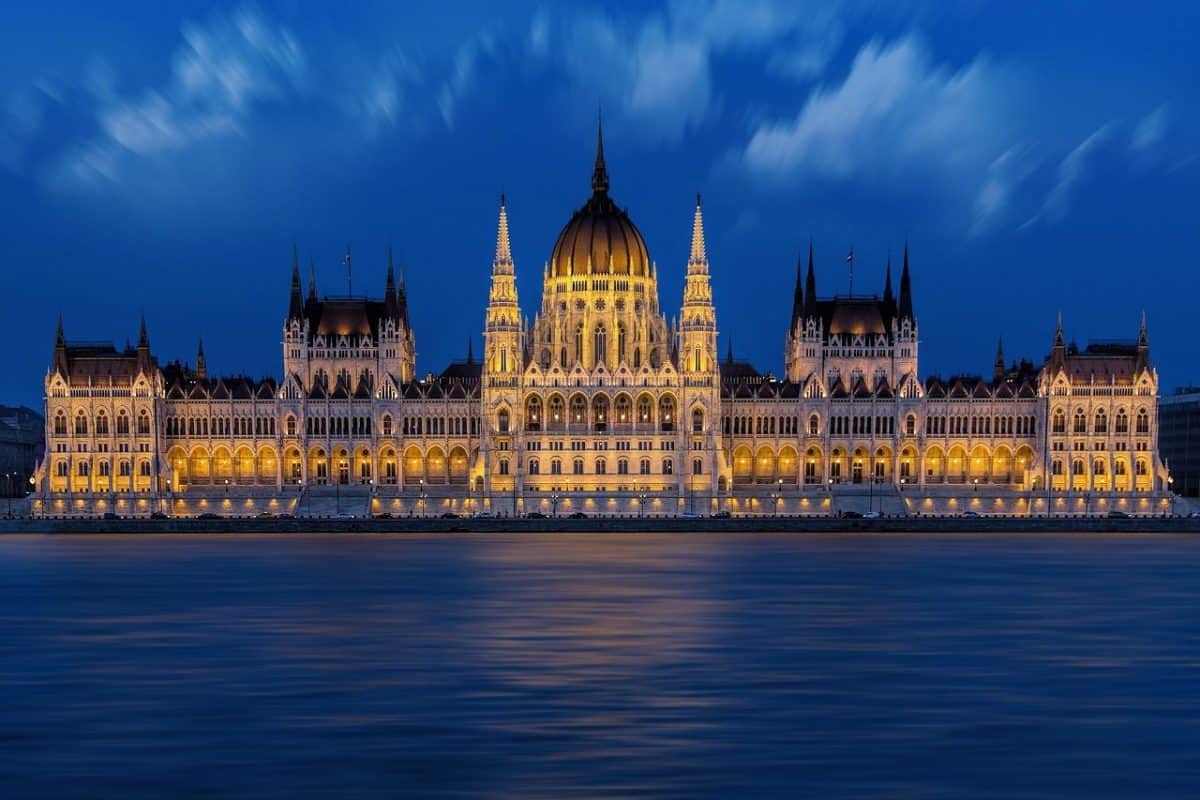 An absolutely stunning building, it is a perfect example of Neo-Gothic architecture – and possibly my favorite Parliament building in Europe. Make sure you come back at multiple times of the day – and from different angles – for shots in different light.

6. Shoes on the Danube 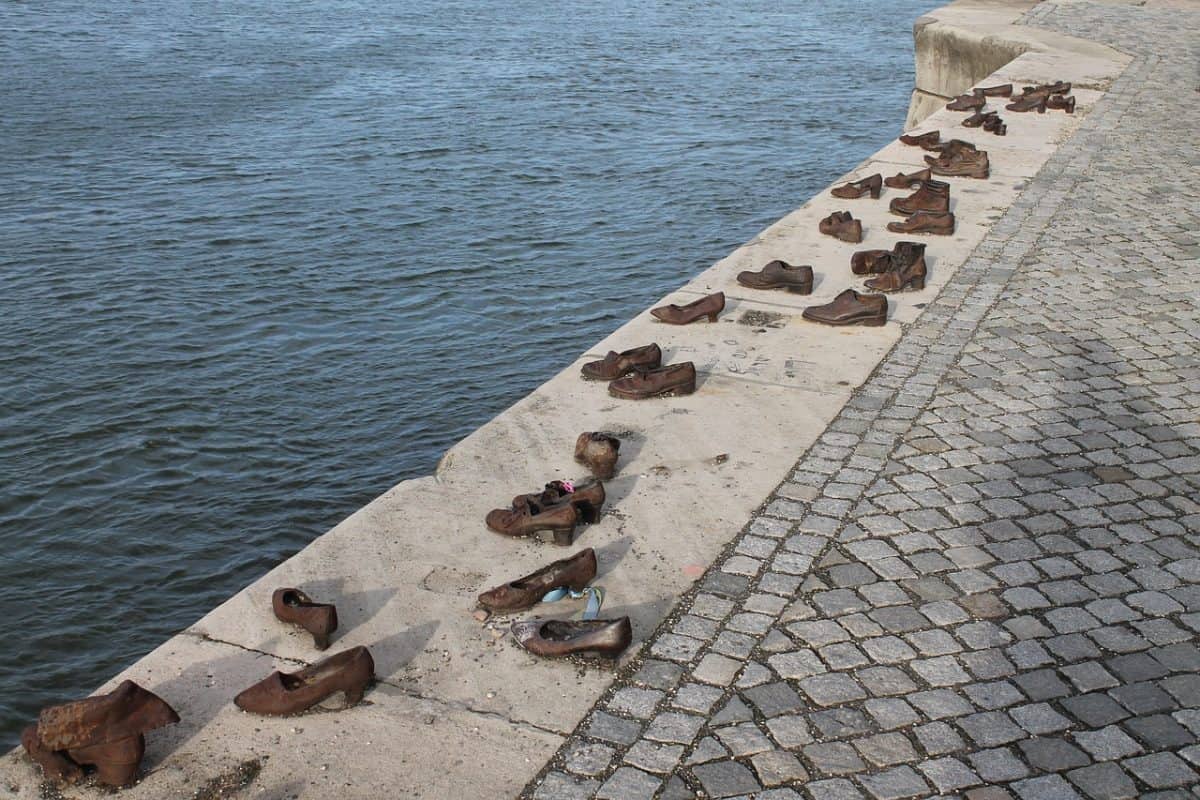 A memorial commemorating  the Jews murdered in Budapest during the Second World War. The memorial represent those who were forced to remove the shoes on the banks of the river, so that when they were shot their bodies fell into the Danube and we carried away by the tide. Conceived by film-maker Can Togay, it remains one of the most dramatic and moving memorials to the murdered Jews of Europe.

Looking for a little extra history? Read my post in the 4 Sites that will turn your EuroTrip into the Ultimate History Lesson.

(In my humble opinion) the *BEST* Thermal Baths to visit in Budapest. It is the largest medicinal baths in Europe and with 15 indoor baths and 3 large outdoor pools, you’ll be spoilt for choice as you hop form one perfectly heated pool to the next. For the outdoor pools, the temperature is 30 degrees in summer and 34 in winter. Just Perfect! (If you don’t mind braving the cold to get to them!) There are other thermal baths in Budapest,  but we preferenced this one, not only for it’s iconic status, but also because there are no restrictions on male/female only bathing. – which is something to bear in mind if going to smaller or less known public baths. 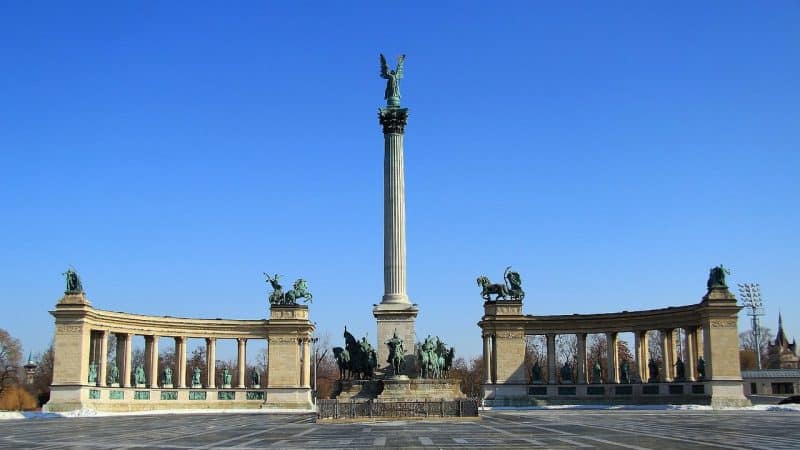 The largest square in Budapest, it was laid out in 1896 on the 100th anniversary of Hungary and has several statues within the structure.

*TIP* If you can visit the square in both daylight and at night, you will get 2 stunning sets of photographs *TIP* 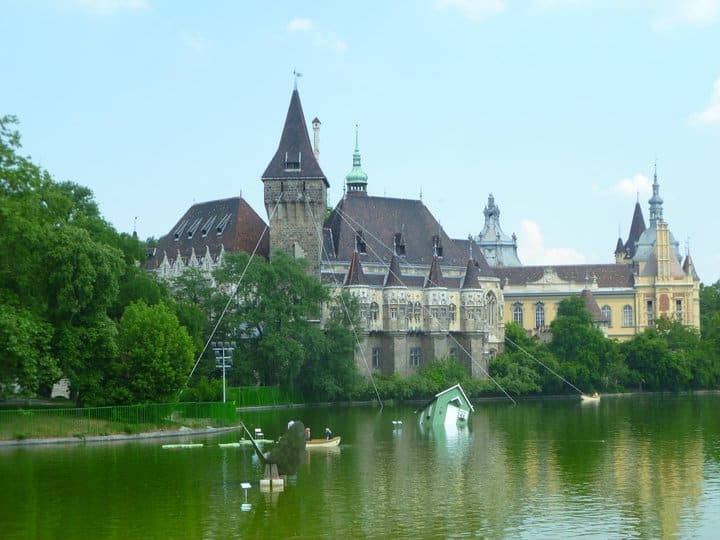 Located in City Park, only minutes from both the Szechenyi Baths and Hero’s Square, Vajdahunyad Castle is a romantic, fairy-tale-style castle whose grounds have exhibits celebrating architectural evolution. Or so the website says. What we found were fantastically whimsical structures immersed in the lake and all open to varying interpretation! A great photo opportunity for the weird and wonderful!

A neo-Renessaince  Opera House located in the center of Pest, it is an architecturally stunning building and well worth a quick stop.

And a little further away: *Bonus* 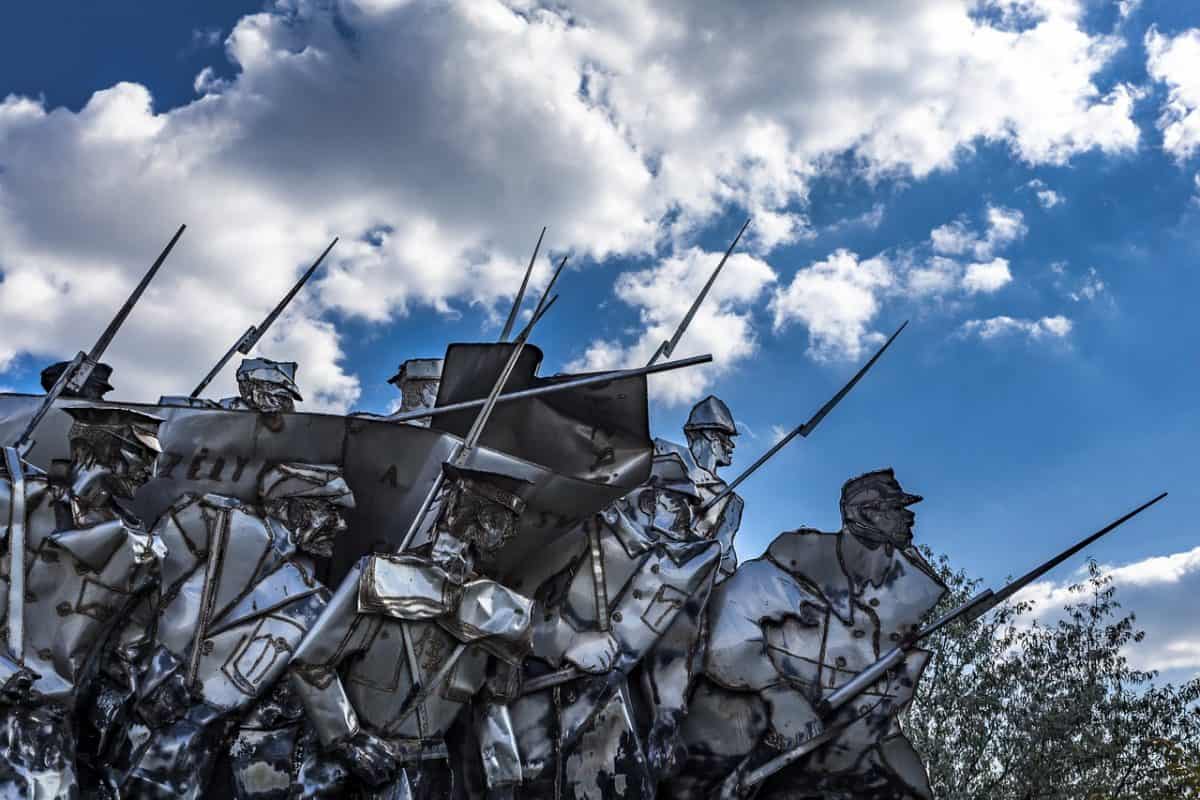 Kooky and a little strange, Memento Park is a an open air museum dedicated to statues and sculpted plaques from Hungary’s Communist period. There are statues of Lenin, Marx, and Engels, as well as several Hungarian Communist leaders. It is s a unique photograph opportunity if you have some extra time to get out of the city to go take a look!

where to stay in Budapest

These are my top 3 options in each price bracket, to read the full post head on over to my ULTIMATE GUIDE TO WHERE TO STAY IN BUDAPEST – THE BEST HOTELS AND HOSTELS TO SUIT EVERY BUDGET. We’ll have the perfect hotel for you picked out in no time!

If your looking to grab a bite to eat, you’ll be spoilt for choice in Budapest. From funky little cafes to some amazing 5* spots, the hardest decision you’ll have to make is how many places can you fit into one visit!

So there you have it – my top picks and highlights for 48 hours in Budapest! Let me know if I have included your favorite spots – and let me know if there are any that I’ve missed!

And if my Top 10 are only scratching the surface for you – head on over to the Crazy Tourist’s Top 25 Things to Do in Budapest! 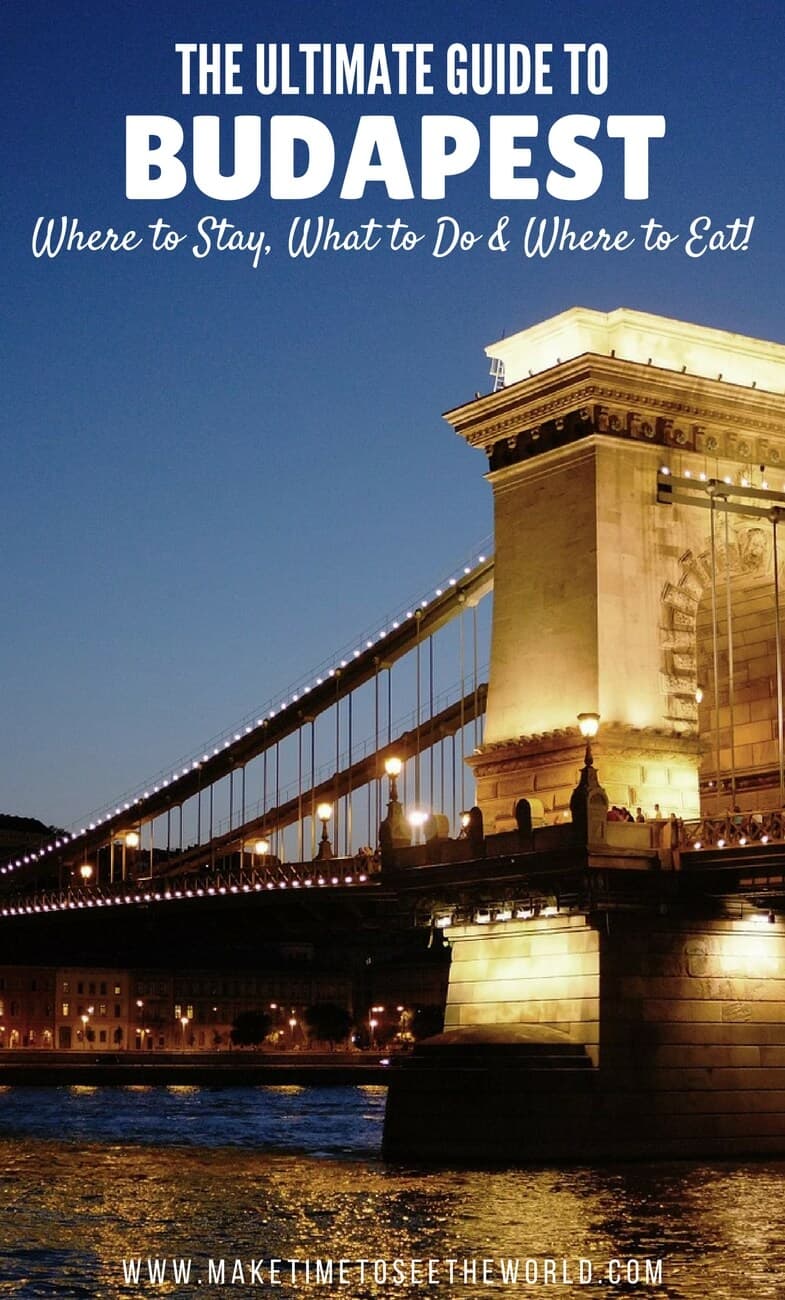 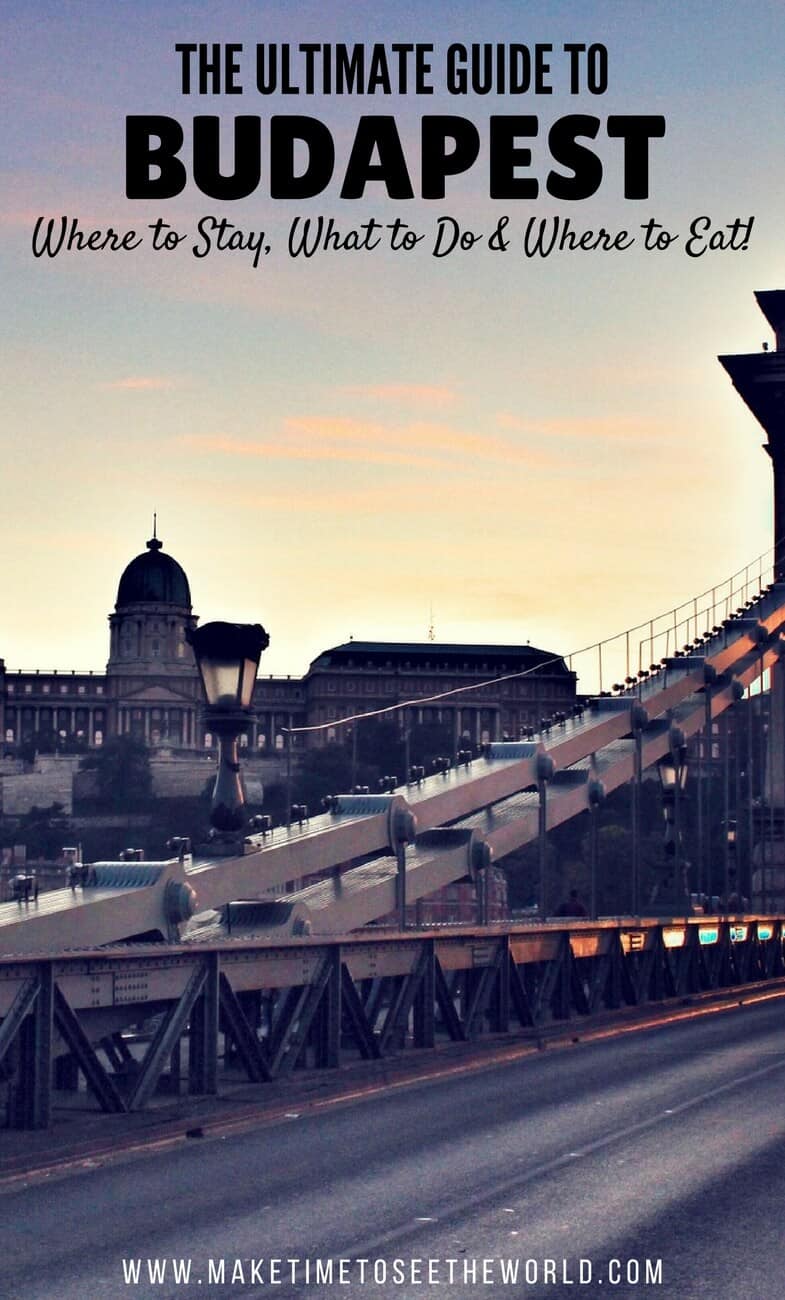 Budapest is really charming. The Parliament building looks so resplendent in the night. We have planning for East Europe for some time. Hope plans materialize and we can see first hand the enchanting beauty of Budapest along with Vienna and Salzburg.

The thermal baths are my favorite. I didn't make it to the memento park but should definitely see it on my next trip!

I have been longing to go to Budapest and a cruise on the Danube. Beautiful photos, you covered quite a bit for 48 hours, pinning it for future trip inspiration!

...and yet I feel like I still need longer to really experience it! Great approach to the dual city!!

Thanks Rob - and yes, more time will always be a welcome luxury!

Will be bookmarking this for my Hungry trip soon! Looks fabulous :-)

Thanks Becky! Have a great time!