Africa, once referred to as the Dark Continent due to the lack of information about it, has held a fascination with travelers for decades. Traditionally the go-to destination for well-to- do families who went to Africa for the luxury lodges and private game drives, it has become increasingly more accessible to travelers of all budgets over the past few years, which is an exciting development for all of us.

Namibia first jumped onto the travel scene back in 2015 when it was featured in Lonely Planet’s Top 10 Countries to Visit List. Skip ahead two years and it has just been named in Lonely Planet’s 2017 List of the Top 10 Value Destinations.
Put them together and you’ve got a country just ripe for a boom in tourism that offers amazing value. It’s a traveler’s dream.

Still not convinced? Let me show you 15 photographs that illustrate Namibia is a country of contrasts and one that you need to visit as soon as possible! 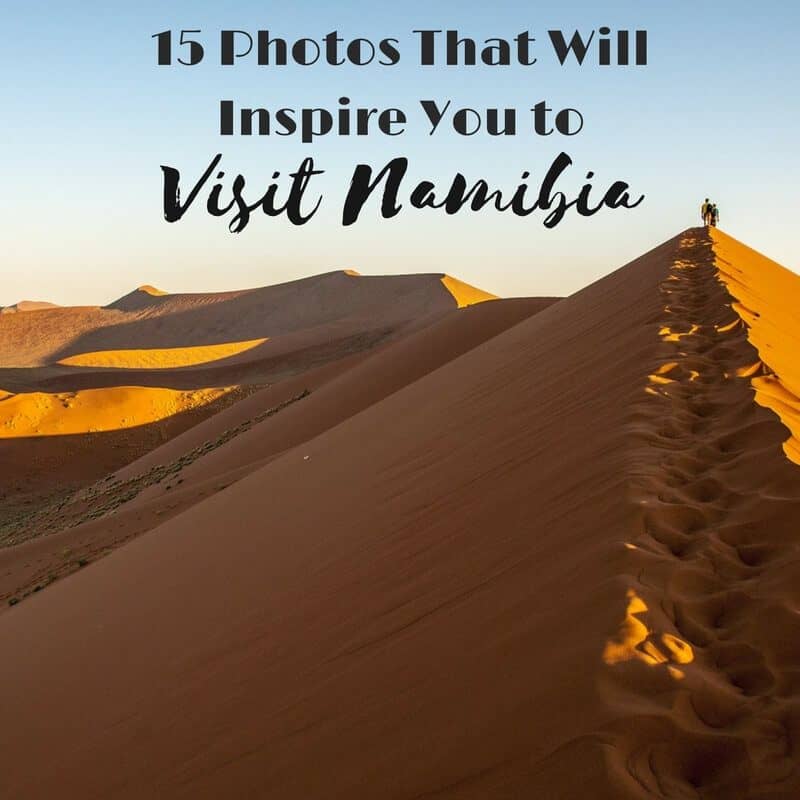 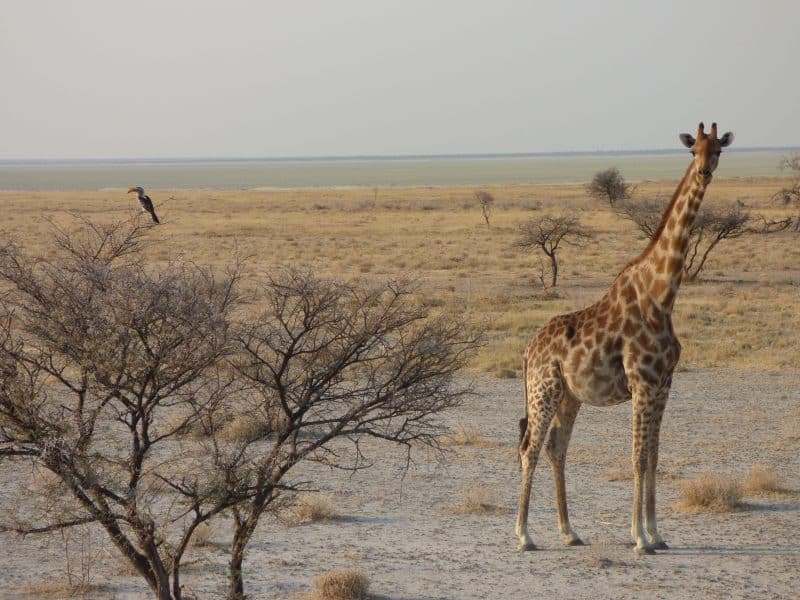 Referred to as the greatest Wildlife Sanctuary in Namibia – this is one National Park that will not disappoint. 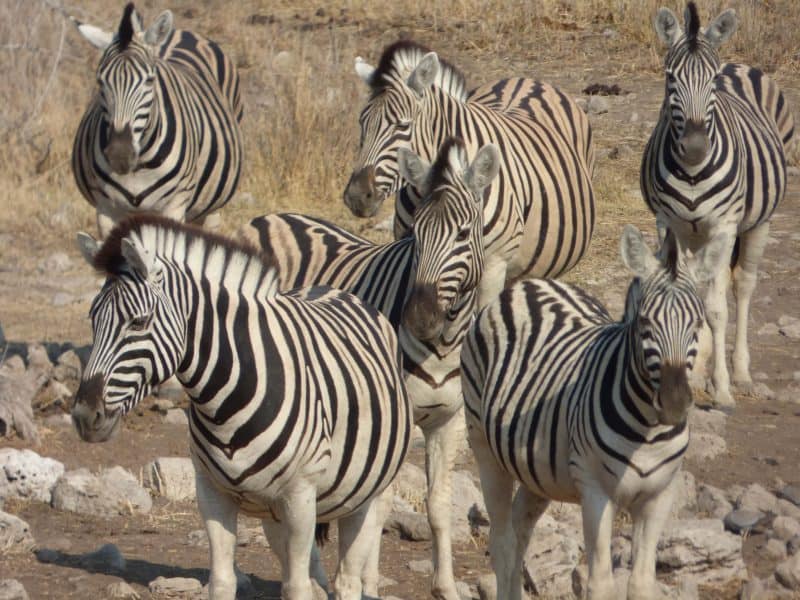 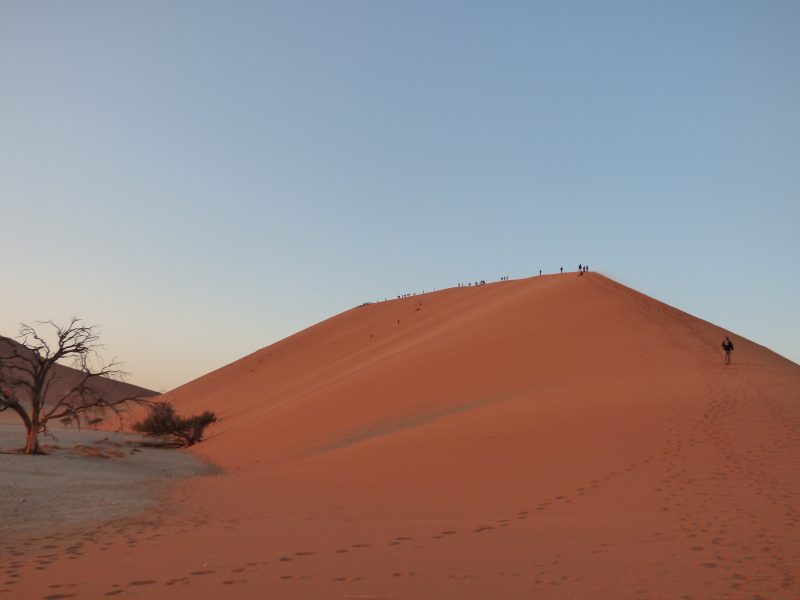 The one below is Big Daddy. At it’s peak it is 325m high and overlooks Deadvlei. Not for the faint of heart, its is a difficult climb to the top – which can be made even worse if and when the wind picks up. If planning to climb the big guy, make sure you confirm the weather forecast with the park rangers first! 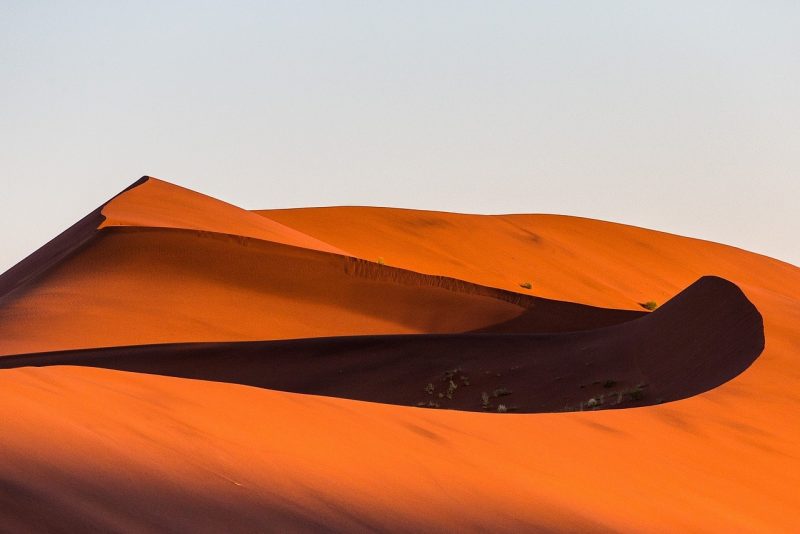 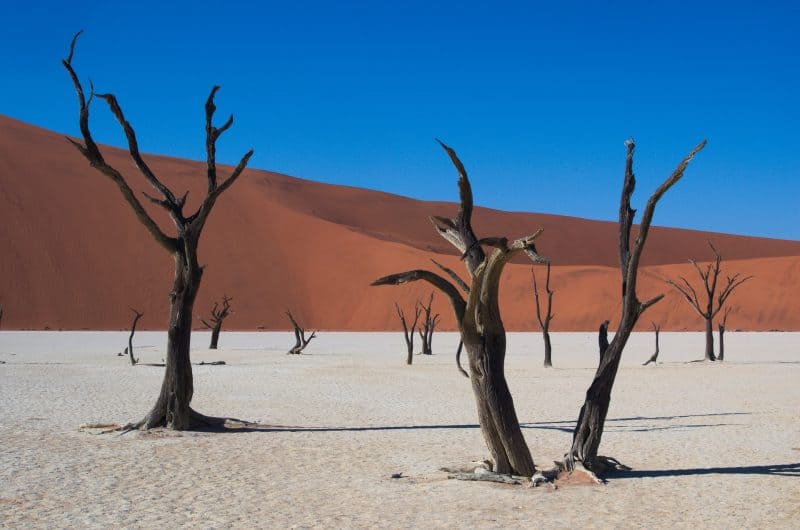 Close to Sossusvlei, Deadvlei is a clan plan in the middle of the Namib Desert, where the trees – although over 900 years old – have not decayed due to the dry climate.

RELATED: Photos to inspire you to plan your own Namibian Road Trip Here! 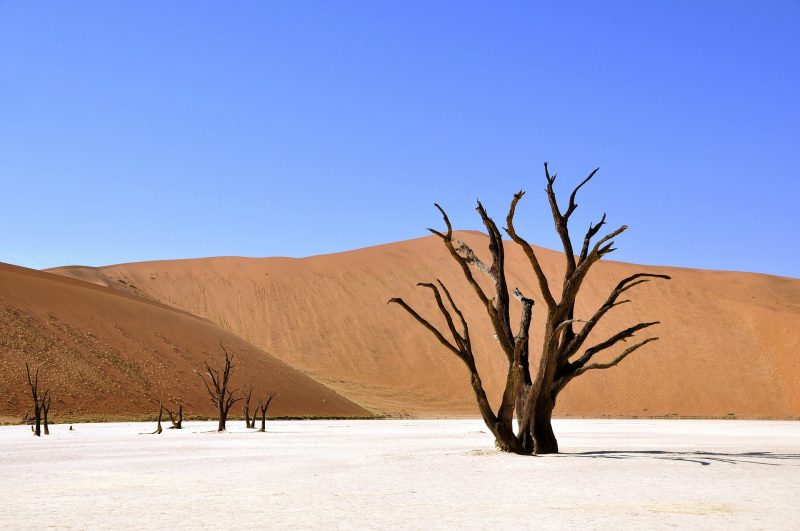 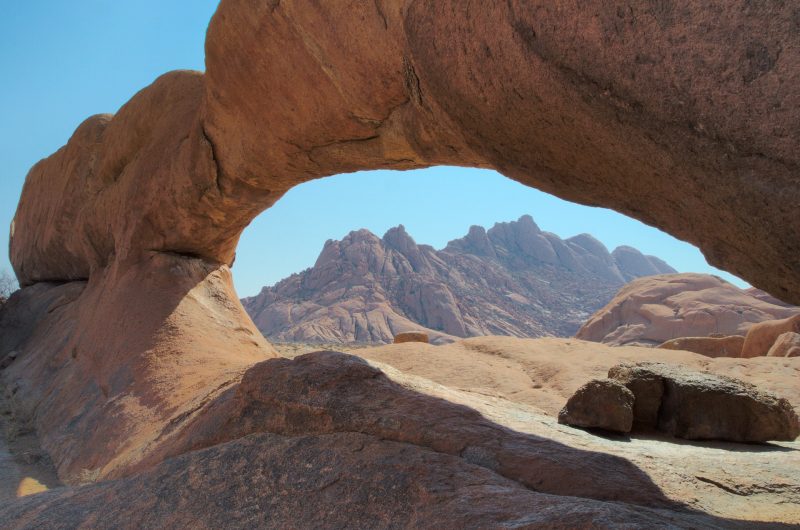 One of mother nature’s natural wonders, Spitskoppe is a collection of bald granite peaks that are more than 120 million years old – and make for one of the most incredible campsites. 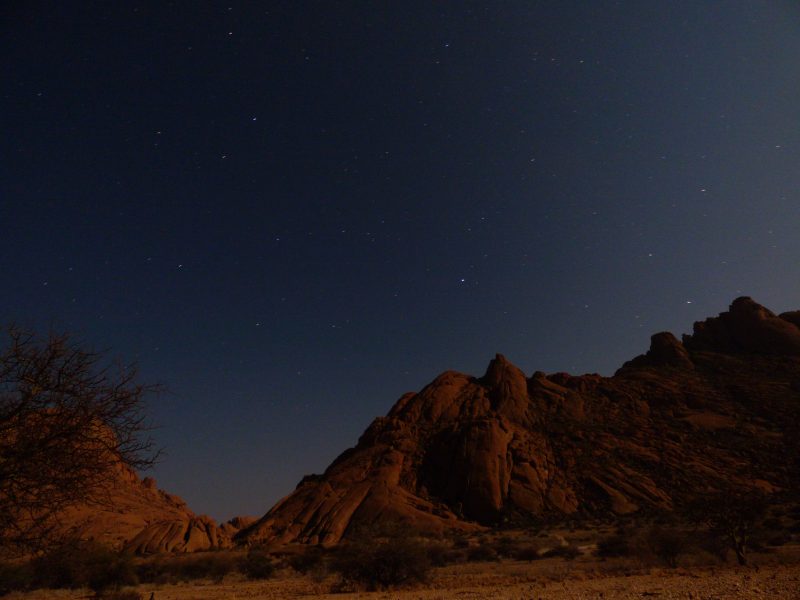 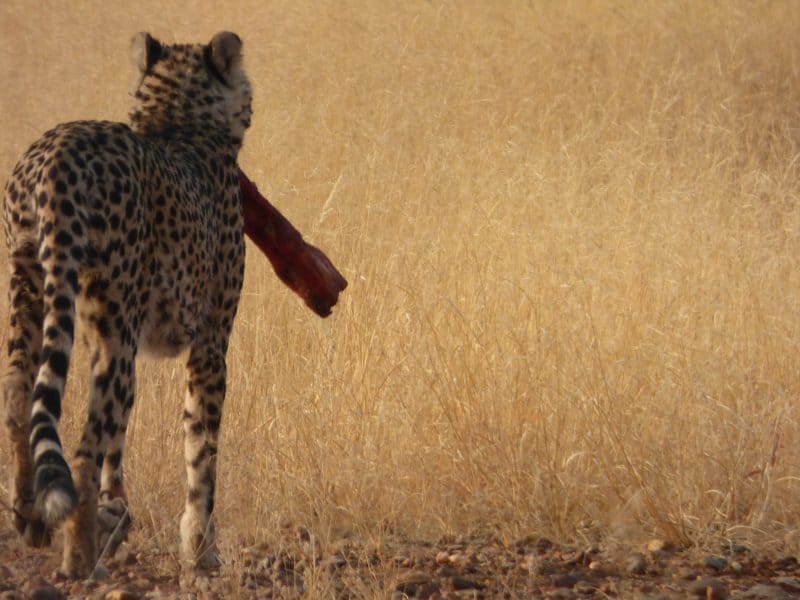 The farmers in Namibia have a problem with wild cheetahs killing their livestock. As the government prevent the relocation of the Cheetahs to neighboring countries and National Parks, the immediate response is to kill them once captured. Cheetah Farms have been established to house these animals. Some are domesticated and others live a semi-wild existence in large compounds on the properties. 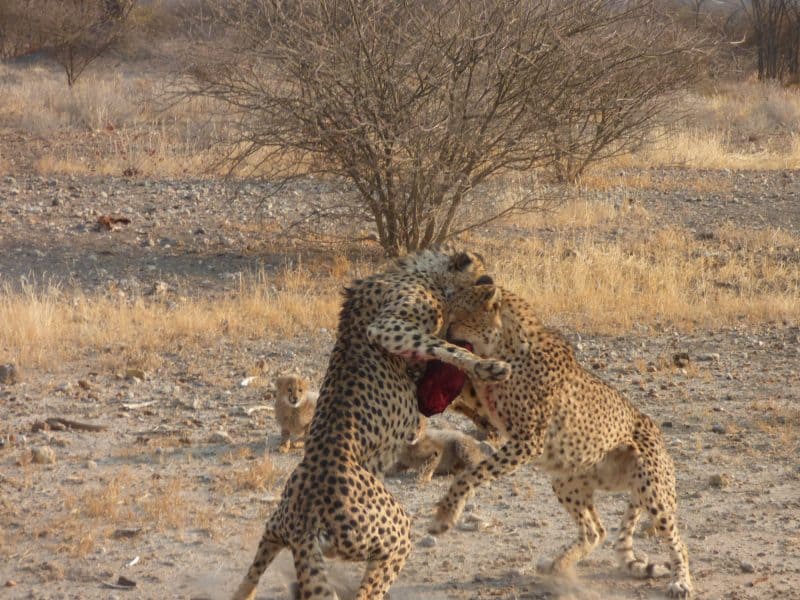 Mum and Dad fighting over the meat whilst their babies look on.. 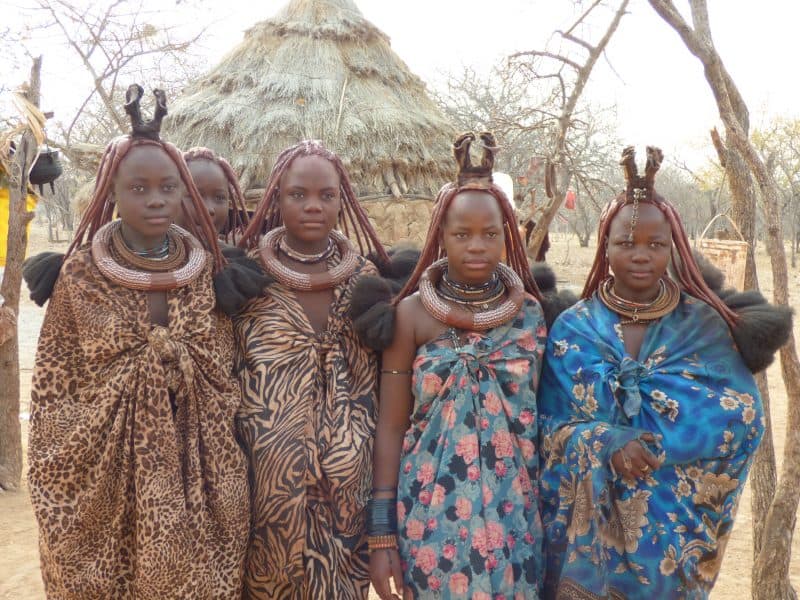 An indigenous tribe who reside in the north of Namibia, the women wear very few clothes and protect their skin from the sun with a mixture of butter, fat and red ochre. Their distinctive appearance has become an icon of Africa. 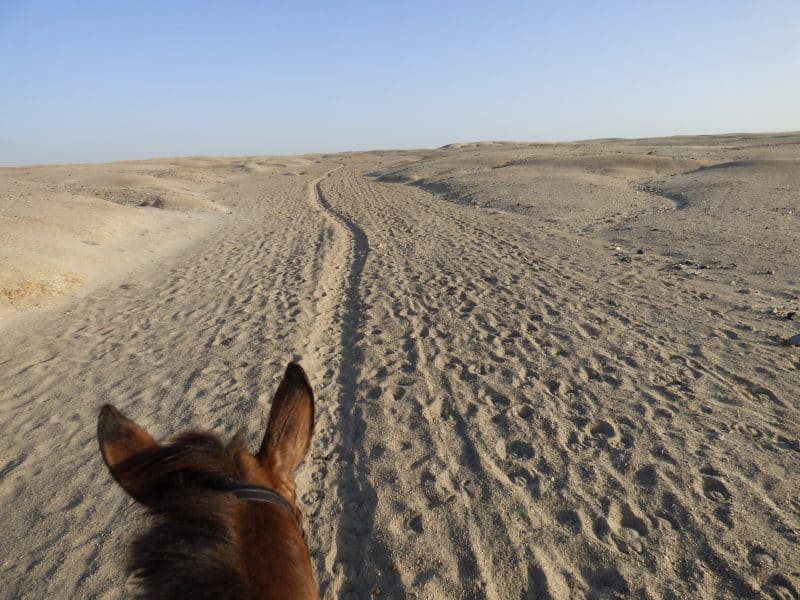 A town on the Western Coast where the desert meets the sea is an adrenaline junkie’s paradise. Sandboarding, Horse-riding, Quad-Biking, Sky Diving and Paragliding – there’s something for everyone! 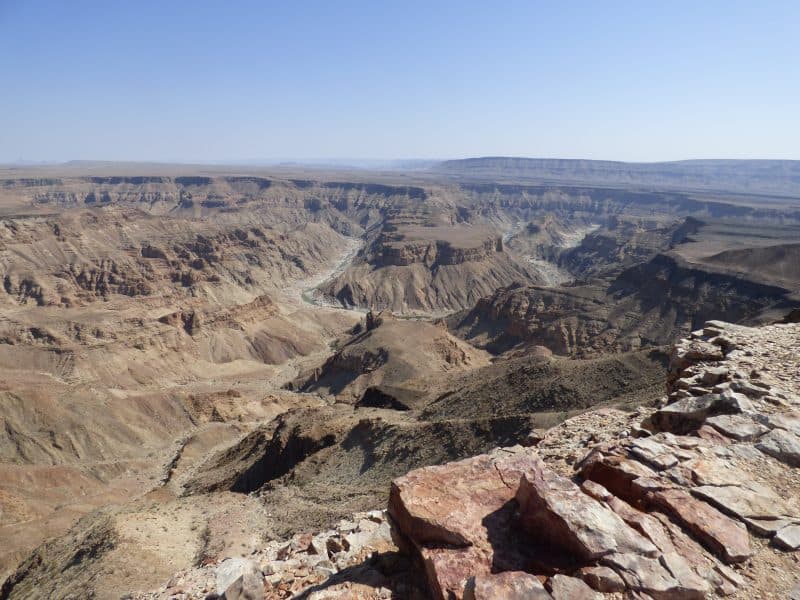 9. SOLITAIRE  – A car graveyard in the Desert – and a great slice of Apple Pie! 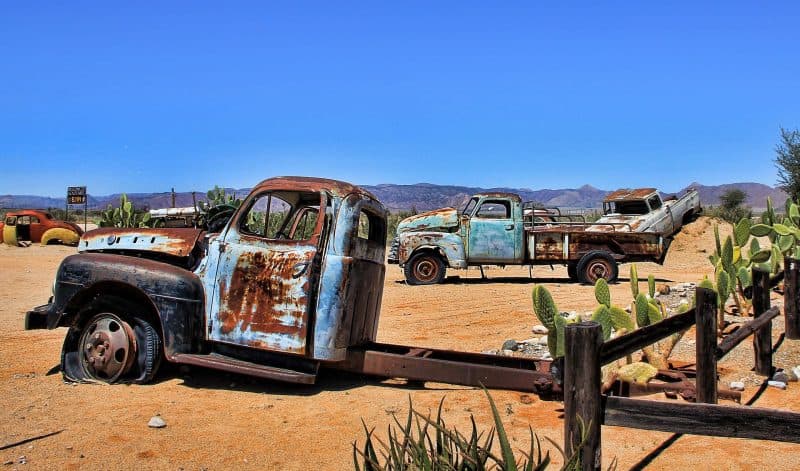 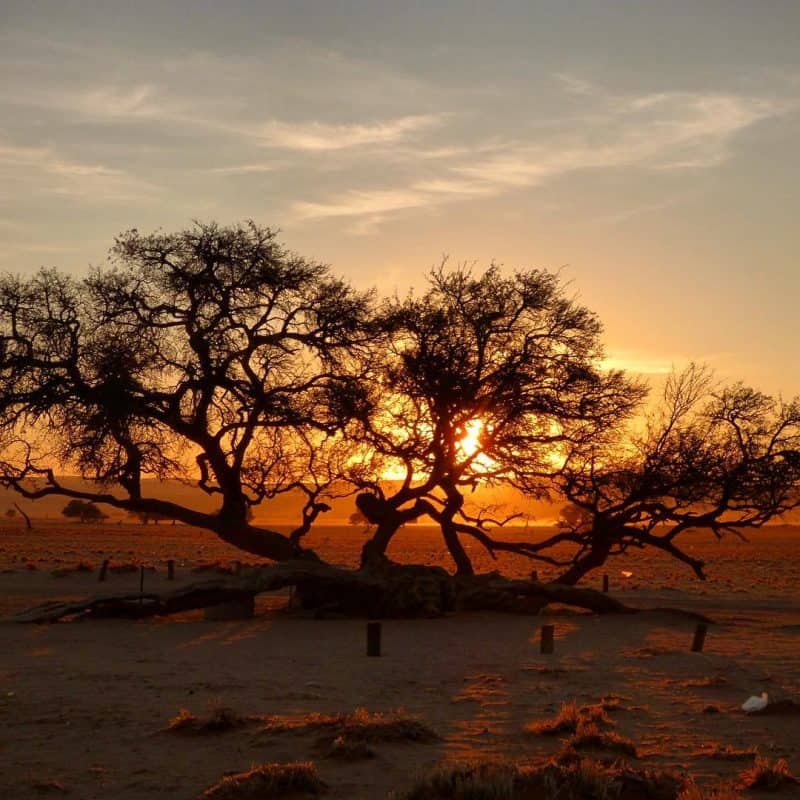 Africa offers some of the most spectacular sunsets that you will ever see, but Namibia is in a league of its own. You’ll be hooked after your first one and although you won’t want the days to end, you be looking forward to the setting of the sun so that you can see those colors again. 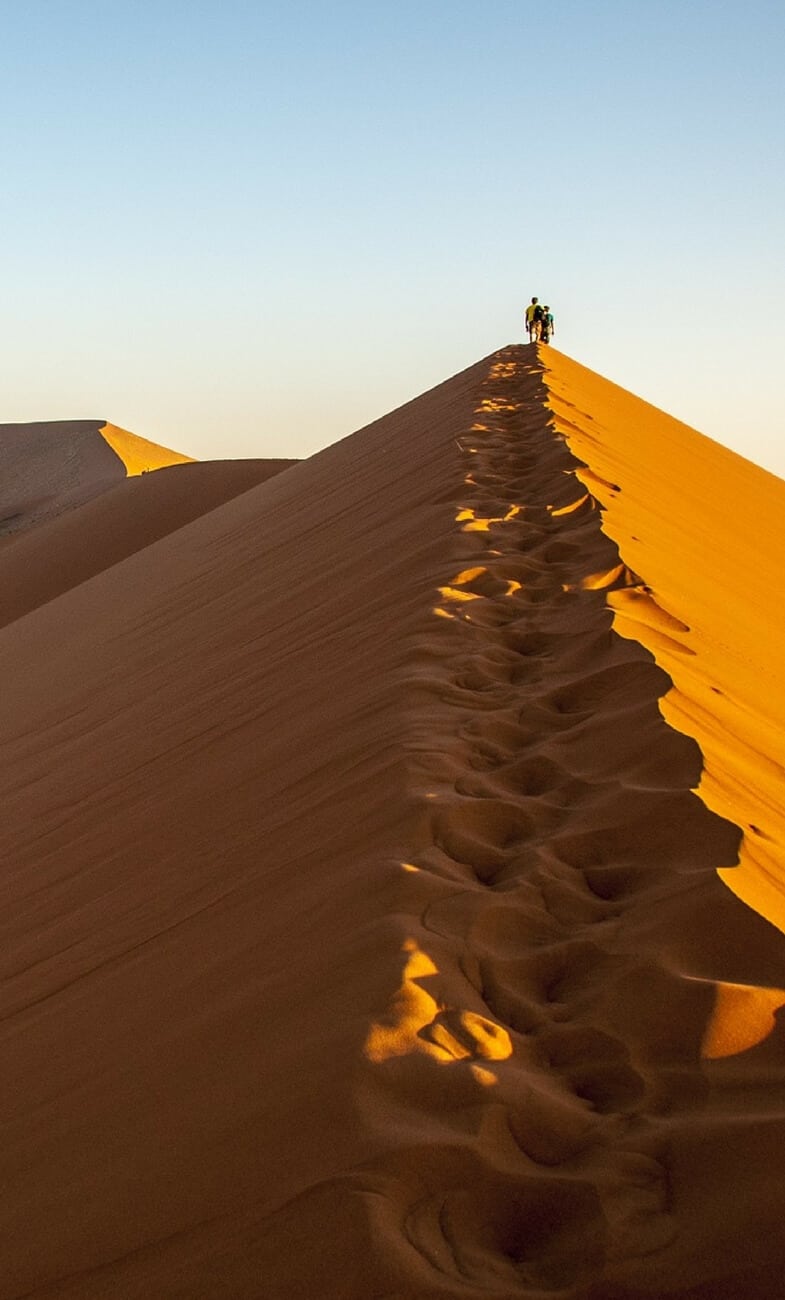 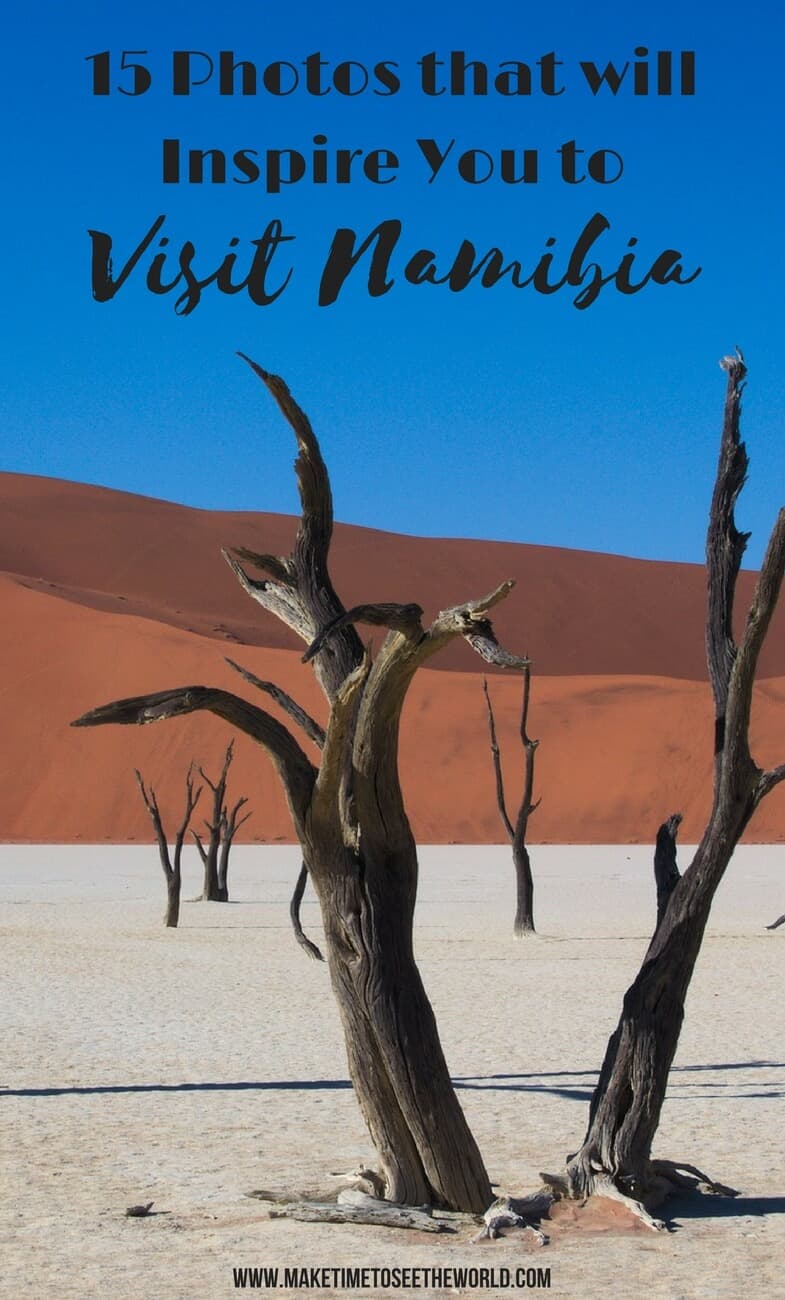 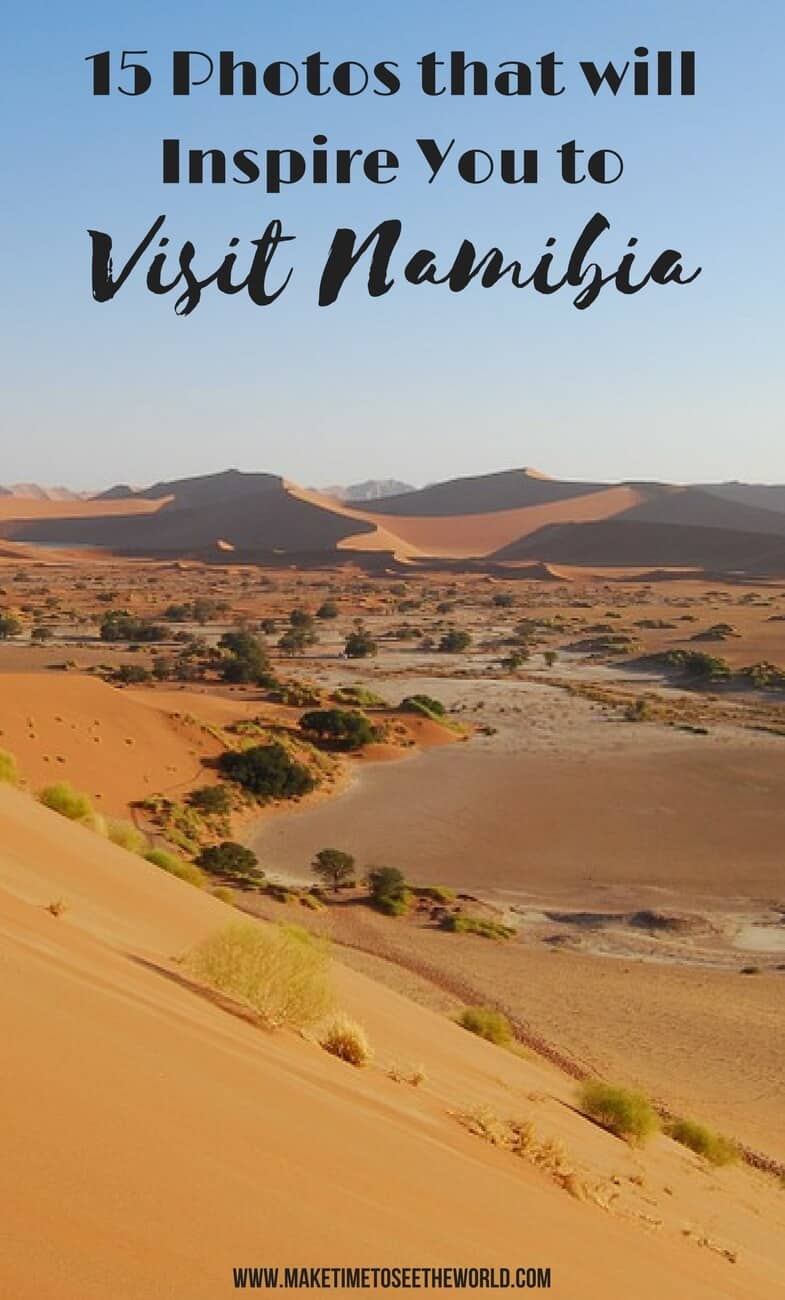 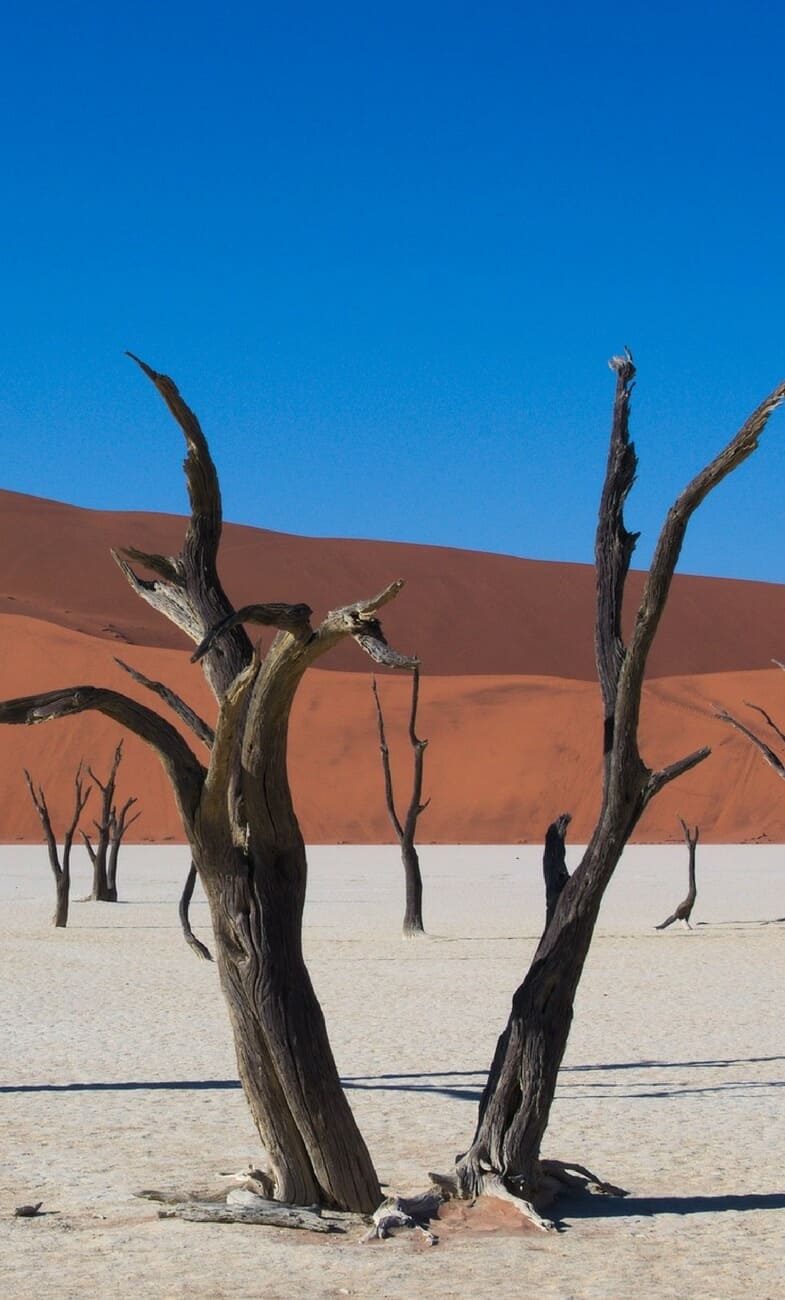 Some of the best pics i have seen of our beautiful country, love Namibia.

Thank you so much! It's such a beautiful country, it was a joy to photograph!

We are working on a way to get to Namibia for an epic trip! Awesome photos!

You and the kids will love Namibia! It's so incredible!

Beautiful photos! We haven't made it to Africa yet sadly but I really want to go soon seeing all those great photos. Namibia looks stunning! Would love to see all the wildlife.

Thank you Cindy! Seeing the animals in their natural environment is one of the most amazing experiences!

You are right, the photos are stunning. Makes me want to go to Namibia, right away.

Convinced!! Your photos are stunning Vicki!!